OVER 45 YEARS OF EXPERIENCE!

Hanover's founder, Don Lovett, an electrical engineering graduate of the University of Virginia, has a background of 45-plus years in the electrical industry, beginning with Westinghouse Electric. He was subsequently promoted to management in low voltage AC circuit breakers, then to Programmable Controls National Sales Manager before becoming North American Sales and Marketing Manager for a high voltage test systems manufacturer.

Don held a couple of related positions elsewhere in the electrical industry prior to founding Hanover Group, later to become Hanover Technical Sales, Inc.. His insights and opinions on electrical hardware, practice and and energy policy have been published in trade and engineering journals including EC&M magazine. Not just a marketing guy, he also has one electrical circuit breaker patent awarded from his years at Westinghouse.

An instrument rated pilot, Don also dabbles in photography, astronomy and ham radio. He holds an Extra Class license in the latter, as well as a General Class commercial radio license.

His primary fun function at Hanover is that of on-demand label expert as well as power quality and energy instrumentation guru. That really comes in handy when you need to rent a test or measurement instrument.  Don knows the best pathway to project success, and what to avoid!  He's your go-to guy! 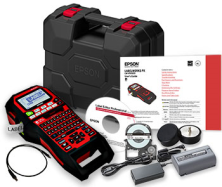